My project is about 'valuable valuelessness' and is addressing an 'incidental' type of commercially valueless space and how important it is to the city even though it is under constant threat of being erased.

First of all, what is 'incidental'?

By ‘incidental spaces’ I mean this.

If you look closely, London is full of small, weird, disused spaces and you wonder how they came into being.

Here is an example,
It is a juxtaposed incidental space, formed between ironically, Hospital, Cemetery and Playground.

The church and its Tudor entrance came first, in the 17th century before being joined by the modern Queen Elizabeth II Wing for the hospital in 1950s. The hospital added the playground to the churchyard in 1980s, due to lack of spaces for children to play.

Upon my research I have created sub-categories for the main umbrella term ‘incidental spaces’ creating a typology and mapping out all of these spaces in Farringdon.

After sampling 40 Incidental Spaces for my research I combined the data to find if there was a pattern between cause and effect;

For example,
Cause: Infrastructure Road, had a consequence in that
Type 2: Left-Over occurred on sites around it. So each action has a reaction, resulting in an specific type of incidental space.

So how can we, keep this unique culture of Incidental Spaces to continue occurring on a site that is prone to Urban Erasure?

The Image of Architecture in Pop Culture

To understand how to promote the importance of the Incidental Spaces within the existing urban fabric.

Our association with Modern Architecture have moved from dystopian images of the 1970’s, funky futuristic 80’s, Heroin chic of the 1990’s, promoting disused spaces.

2000’s nostalgic view of the past, eventually showing that our attitudes towards architecture cycle between demolition and renovation.

The way we look at old architecture has been changed by the way it is presented in Pop Culture.
Like in the case of the Trellick Tower, that has become a symbol of British Modern Architecture.
Park Hill Estate has been redeveloped and Golden Lane is now a desirable place to live.

So why cant we change the public association with the existing fabric of London to make Incidental Spaces valuable to the community and protect them from extinction?

Publicity is key to promotion and so I have made a guidebook. This book will take the reader on a journey of discovering Incidental Spaces, Starting from the new Farringdon Station and ending at the new Cross Rail Entrance. As well as a recipe of how to discover and use your own Incidental Spaces and also their intervention potential.

This is the story of London. It begins with Christopher Wren’s plan for London following the Great Fire in 1666. Then, the city we know today is what actually happened.

London has a history of organically forming spaces, and until the recent years it has continued in doing so.

Major incoming infrastructures in Farringdon spawned a few Incidental Spaces, while the rest of London was developing under different architectural styles.

But, the Modernism and re-development started to threaten this unique fabric and the communities of the city.

And then, we arrive at the present, and where do we go?

Do we continue on this route, where the old city fabric is demolished to make room for new offices? Where the continuing rising value push out affordable and social housing, traders, the elderly, small and working class families.

This path will continue erasing spaces for children to be children, open public space for non-corporate people to enjoy for free.

All of this will be replaced by big brands, who will be the only ones who can afford the rent.

Farringdon will continue to, pushing for more offices, building bigger and erasing the existent.

Or do we take the alternative route?

What if the future doesn’t have to be like this, what if there was room for open public spaces, linking different incidental spaces together through building.

Then, there would be a contextual tie between old and new.

By reverse engineering the commercially valueless space, we can make it permanently communal.

The promotion techniques I discussed earlier, are all temporary use of already existing spaces in the city. But my aim is to make Incidental Spaces a permanent and valuable addition to the city.

I started by looking at Scarpas concrete interventions in Castlevecchio, as well as other techniques on bridging and linking new and existing.

I started testing different tying techniques, using architectural incision and in-situ casting to create a bridge between two existing incidental spaces, but also opening up and activating new incidental spaces on the roof, the existing context is made out of wood, while the new interventions are all cast in different stages.

The old walls of the city would be reclaimed by the intervention, while the city in the background continues to develop around it and giving room to join up with another hidden incidental space.

A New Type of City Space

How can these sites become valuable through occupation? 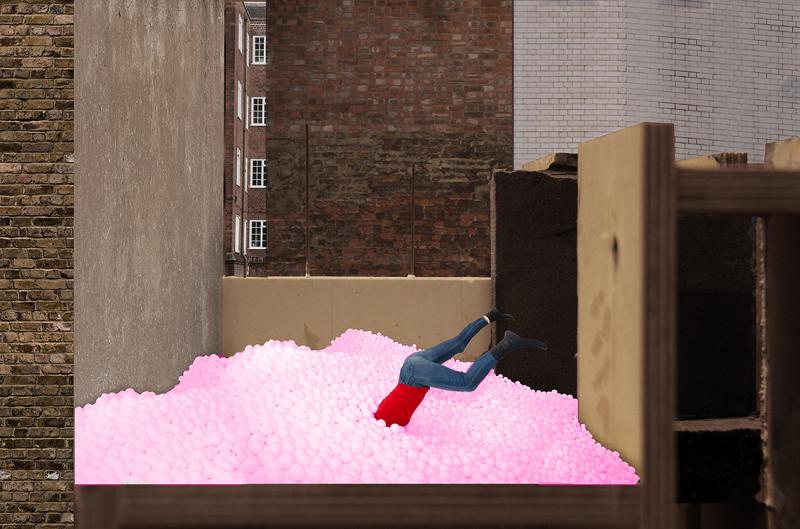 A Different Outcome for London

What if there was room for open public spaces in the future? These would link different incidental spaces together with the new urban fabric - through building and creating new generations of Incidental Spaces. 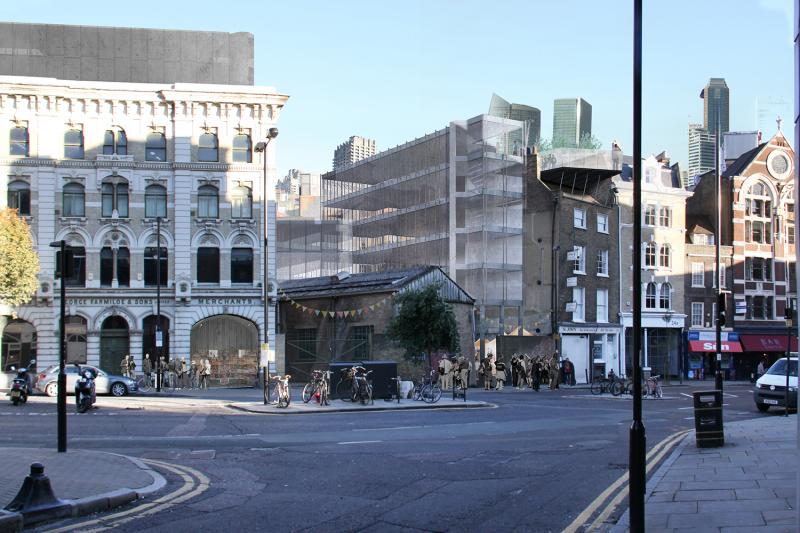 Seeing the Value in the Valueless Spaces.

Where the darkness and the narrowness of the sites are celebrated, given to the community to use. The stairs are leading up to another incidental space above, creating its own wilderness in the city, co-existing with the inevitable new development. 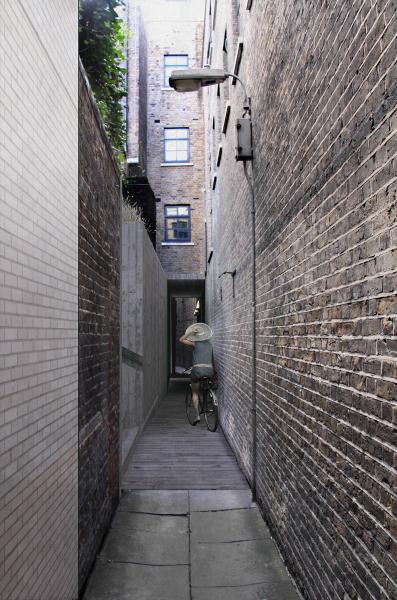