Minimum | Miniature
The ideological project of the minimum and the imposed condition of the miniature.

The project is a housing system for one person households and cohabiting couples in inner London, and has developed as a reaction to the proliferation of dwellings on the London housing market which offer the minimum amount of space for a high price.

The floorplans of new residential developments in London reveal how, despite their 'luxury' interiors, space is reduced to a minimum, and the design of the dwellings is an exercise of placing walls around average-sized furniture at the minimum possible distance.

The project contrasts the imposed condition of the miniature, and suggests that the minimum size of the dwelling can be an ideological choice in order for the inhabitant to develop their domestic life as a project.

Rooms in the City

The project intends to make a political statement concerning housing developments which are being built for maximum profit by private developers across much of inner-London today. In particular, in the last five years, Tower Hamlets has seen the demolishing and redevelopment of entire city blocks to build thousands of new homes. These developments invite people to buy studio flats, suggesting that by accepting the minimum amount of square meters they can engage with the system of ownership and imitate the interior surroundings and lifestyle of those next door living in the vast penthouse. They exclude many, not only in terms of price, but by the 'luxury' lifestyle that they advocate. In contrast, my project presents a different approach to the city, a different system of ownership, and a different way of living, at the scene of the room, which is specific to the smaller scale and which invites the individual to inhabit the room differently from their neighbour. 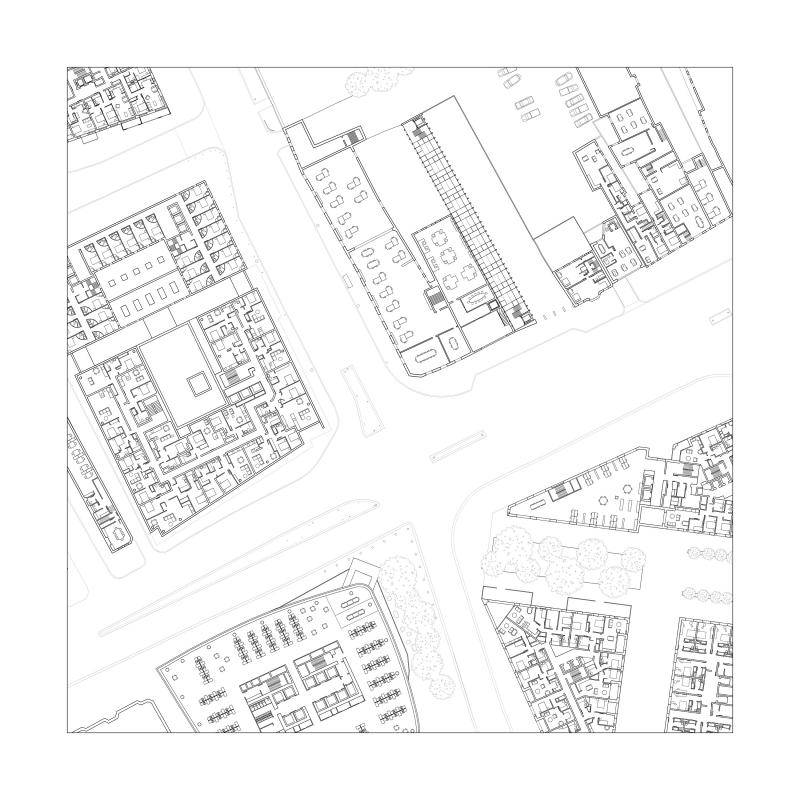 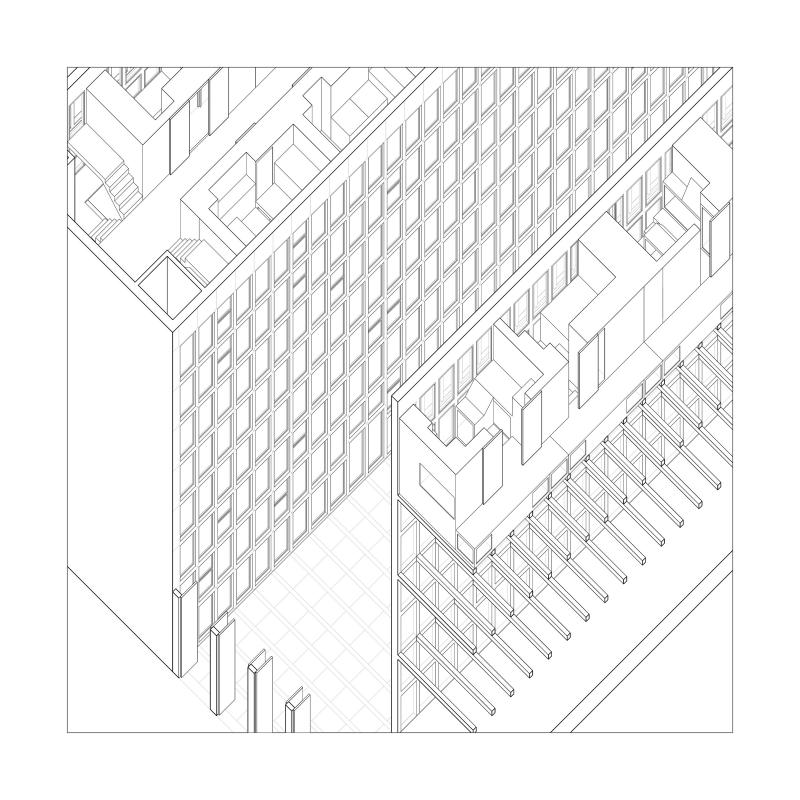 The Project and the Urban Block

The project is considered as a prototype for several sites. The block is inserted precisely into the existing city fabric, so as to increase density but without destroying the character of the area or exiling the existing community. The project is intended to house those who are currently facing a crisis in housing, both in the public and private sectors, in inner-city areas such as Aldgate East. 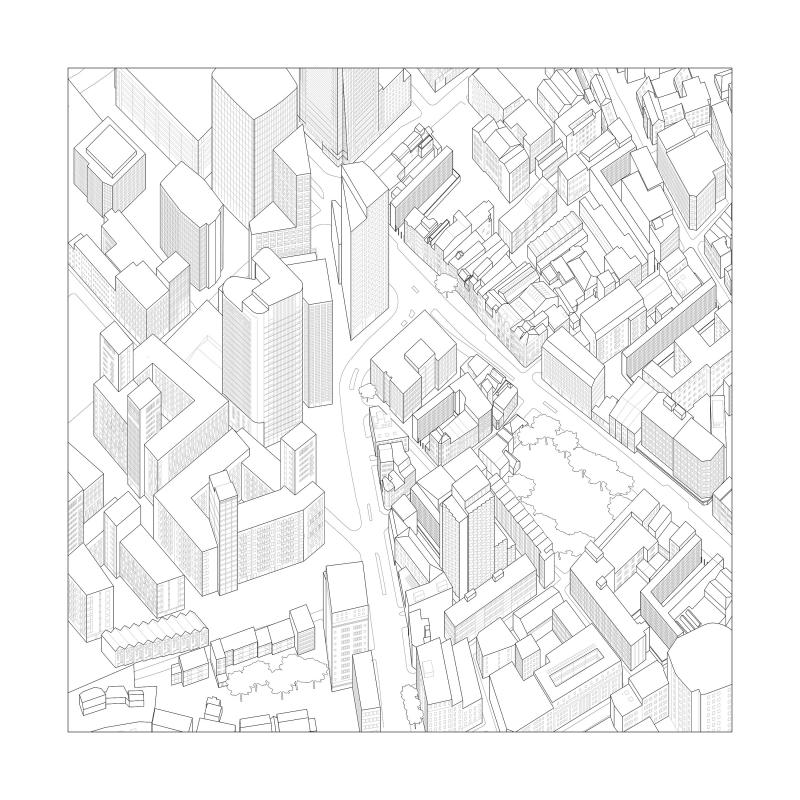 The project rejects the idea of furniture as a set of standardised, movable objects that stay the same size even in the smallest of rooms, but instead the furniture constitutes the room and there is no distinction between architecture and furniture. 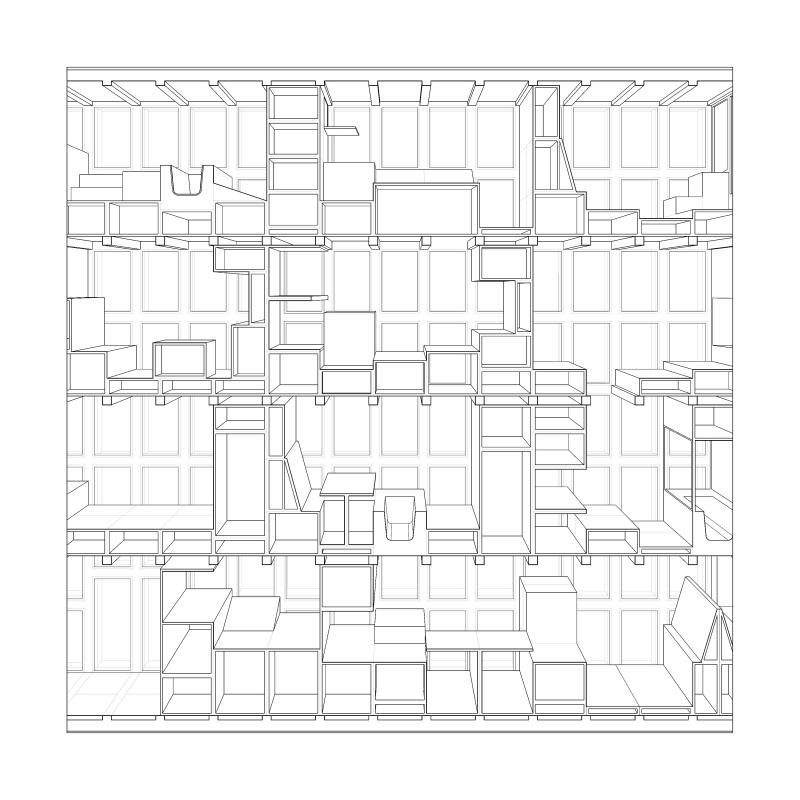 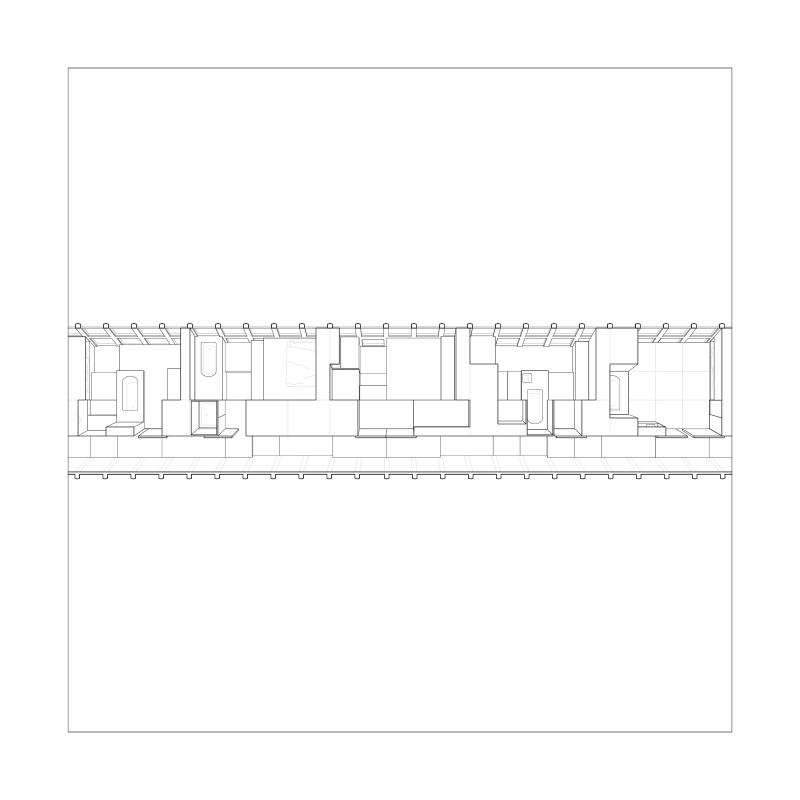 The project suggests a way of thinking about the interior beyond the conception of the room as the upholstered square meterage between four decorated walls onto which furniture is arranged. The walls are made by the arrangement of furniture pieces and the room is inhabited as a volume. 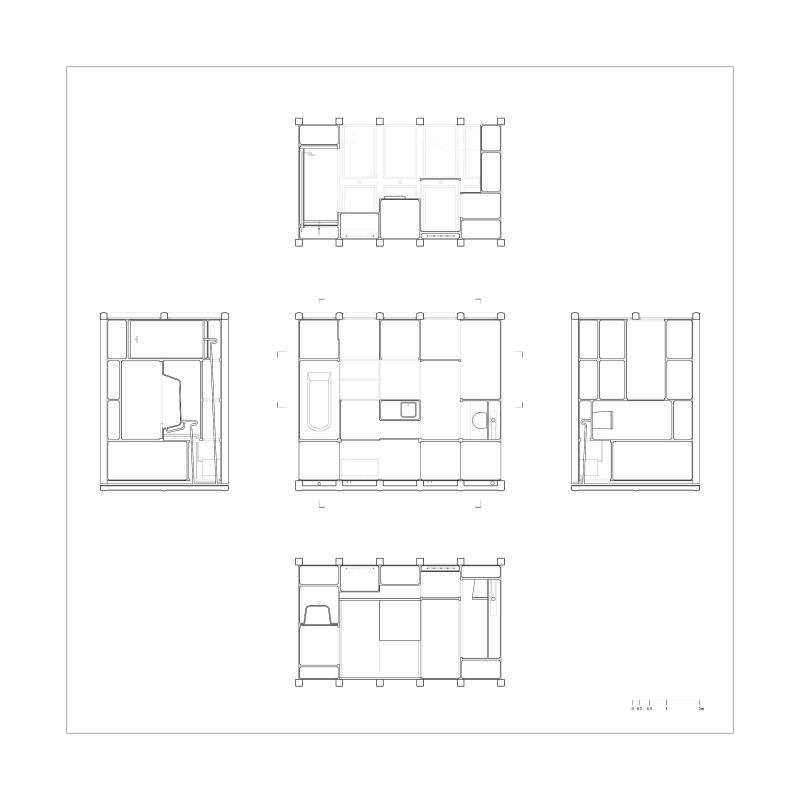 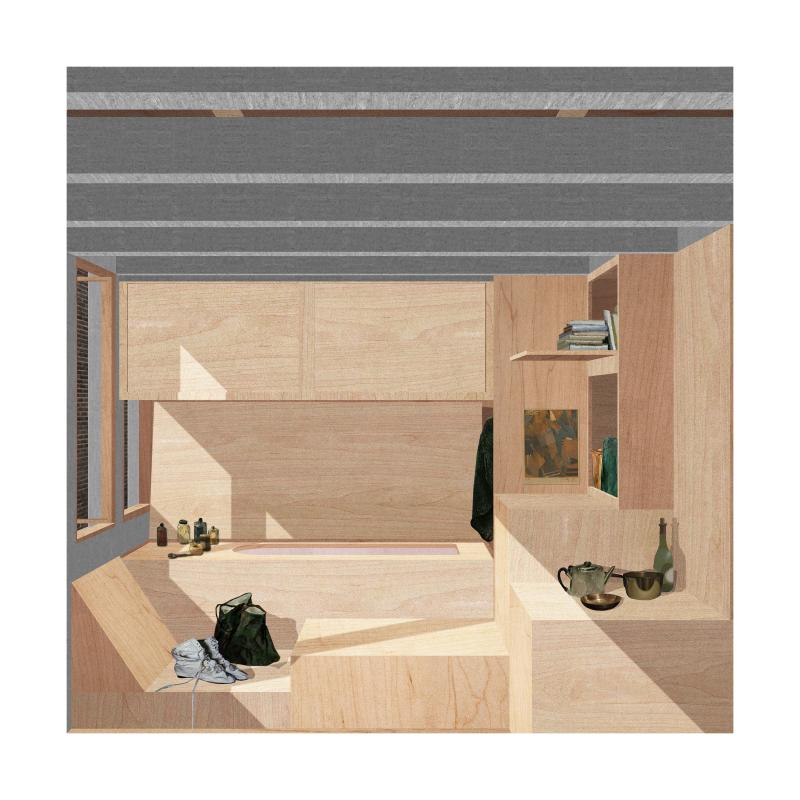 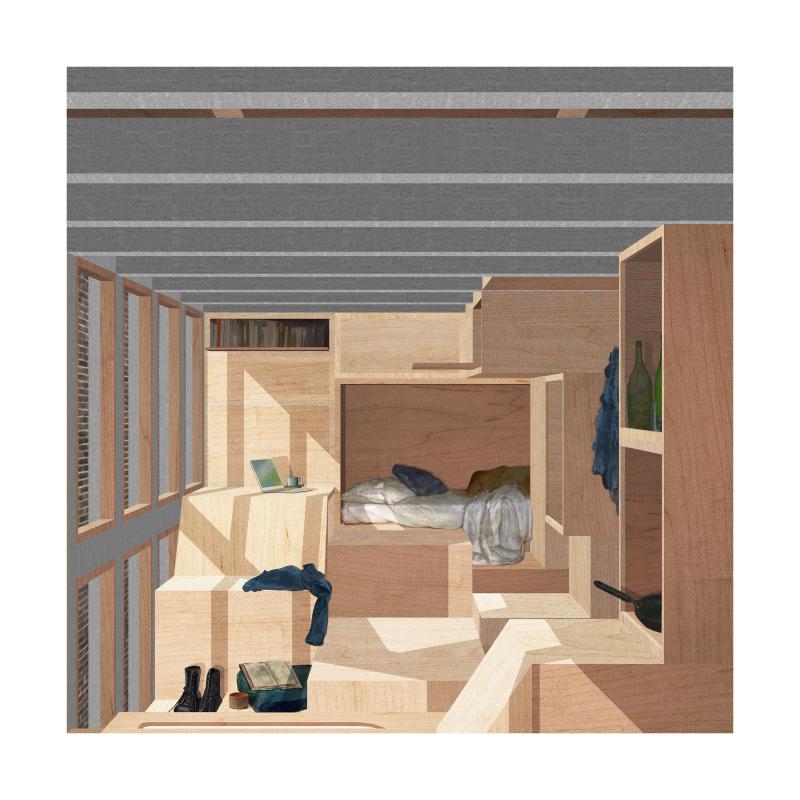 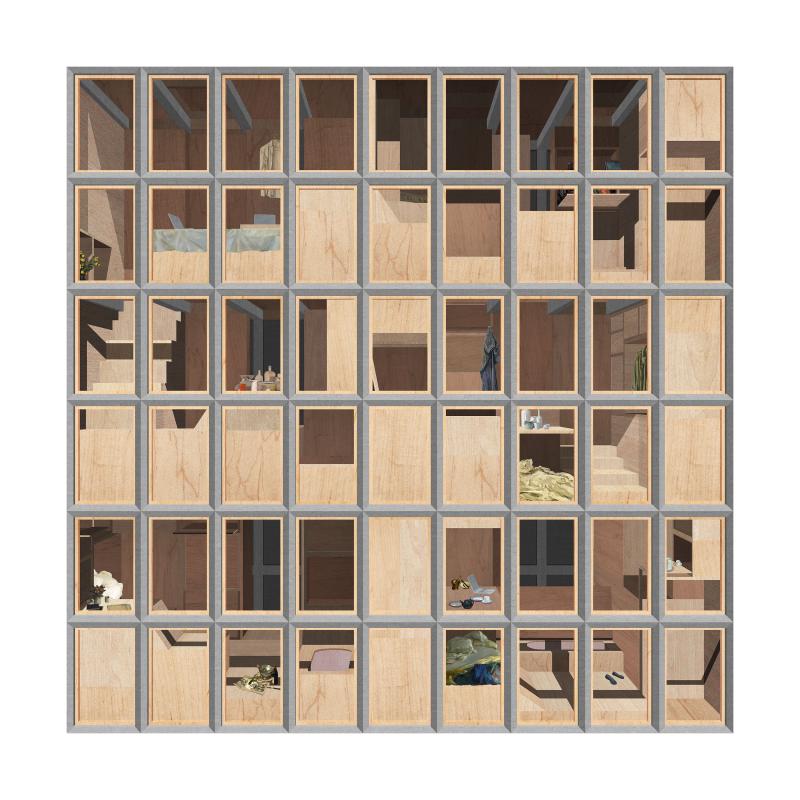 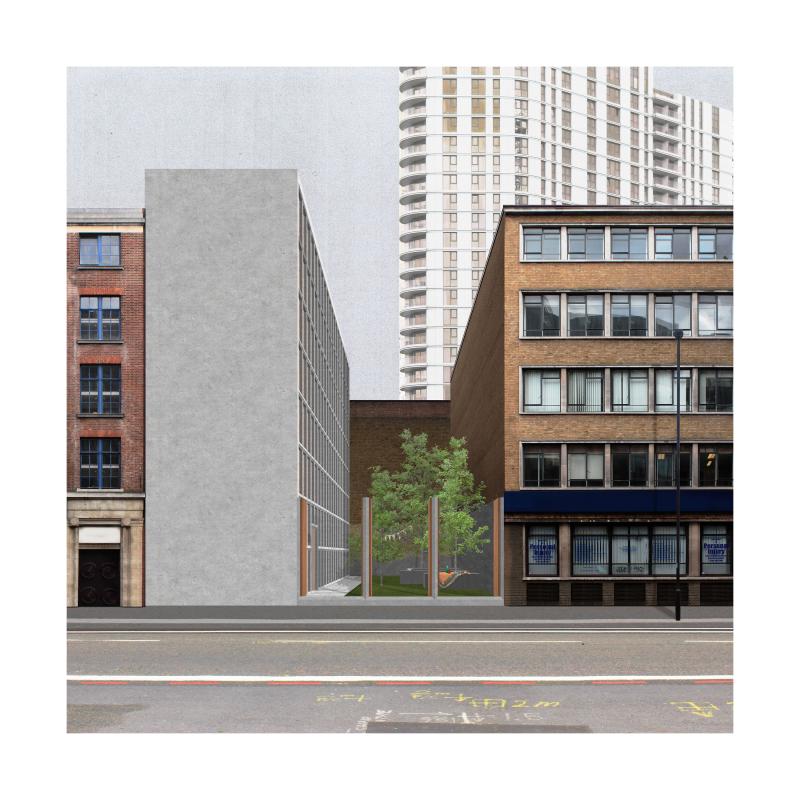