“How many powers and interests were now concentrated upon this mountain top! The very forces of nature -­ the Bank of Narodny Mars -­ the Autonomous North African Republic -­ Vannevar Morgan (no mean natural force himself) ­- and those gently implacable monks in their windswept eyrie”.
Arthur C. Clarke, The Fountains of Paradise

The project is a response to an expected expansion of Sri Lanka’s capital city of Colombo, which faces massive land reclamation projects with foreign investment. It creates an alternative infrastructure for mixed use housing and public leisure spaces, with shared ownership between locals and foreign investors. Constructed gradually on a four kilometres long breakwater in front of the city, the site transforms to a range of mountains that rise from the water. These function as an economic datum and visual container for Colombo, alluding to local mythologies according to which some mountains are sacred. Between a master plan and architecture the project addresses the sweeping urbanisation of fast-growing cities, and the specific condition of Sri Lanka which is now passing laws to prevent foreigners from buying land, proposing an alternative narrative of expansion with a development driven by the locals.

This narrative is developed around the expected timeline for the notorious Chinese-funded Colombo Port City, in which a massive breakwater will first be built to protect the new Dubai-like islands. The project speculates whether the new city can be built as a vertical element above the breakwater, by recreating aspects of the proposed scheme but also removing others, in order for the development to become a continuation of Colombo. As an ever growing mountain of shared ownership, the project argues that foreign investment in fast-growing cities should be encouraged but controlled - through planning, through forms of sharing with locals who get a slice of the pie, through architectural elements that make the different social groups meet and through public spaces for the inhabitants of the city, such as the vast internal sea between the breakwater and Colombo.

Section of the growing development along the breakwater. The public infrastructure suspended in the centre attracts investment, when living units with shared ownership between locals and foreign investors are built on the city side. Simultaneously, devices for energy harvesting from waves and wind are built on the ocean side.

Alternative narrative for Colombo's expansion: Replacing the expected Colombo Port City with a vertical city above the breakwater. 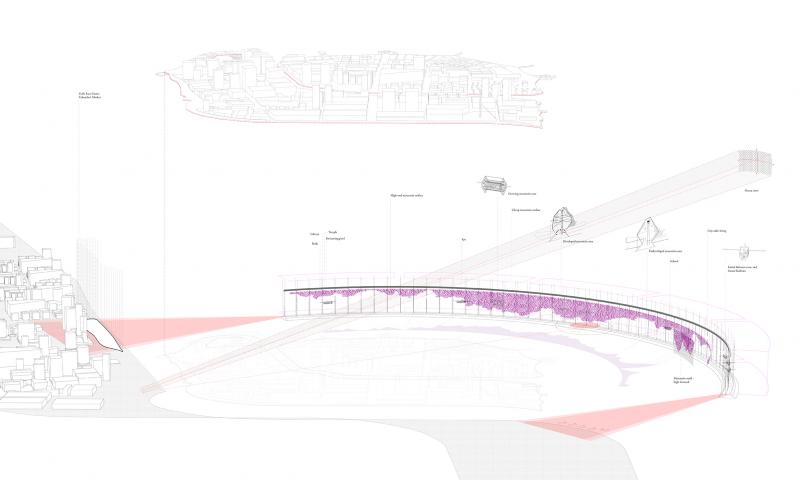 The drawing is an interpretation to the notion of The Promised Land. It imagines a scenario in which the Israelites decided to go back to the Egyptian desert after being disappointed of Canaan. Despite wandering for 40 years in the desolated terrains of the Sinai Peninsula, they are unsatisfied with what they thought to be their promised land by God, and they take the challenge of inhabiting the desert. In this way they adopt new criteria for judging the quality of land, and they rewrite their own narrative which once dictated what is the right land for them to settle on.

The desert terrain is where the contemporary promised land is formed, by juxtaposing the two main ingredients which support it - wilderness and abundance of natural resources. The ‘virgin’ nature is preserved throughout, while natural resources are constructed artificially above nature, leaving minimal footprint.

LANDS OF COCKAIGNE - set up

Installation of a malleable mountain which transforms according to the live RSS feed of the NYSE. 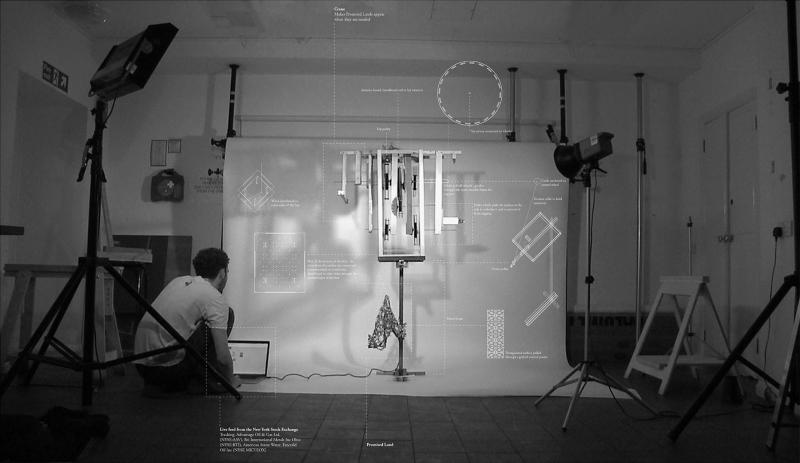 The live RSS feed of the NYSE controls the transforming Promised Land.

The generic urbanism and reclaimed land are replaced by a development driven by the locals. 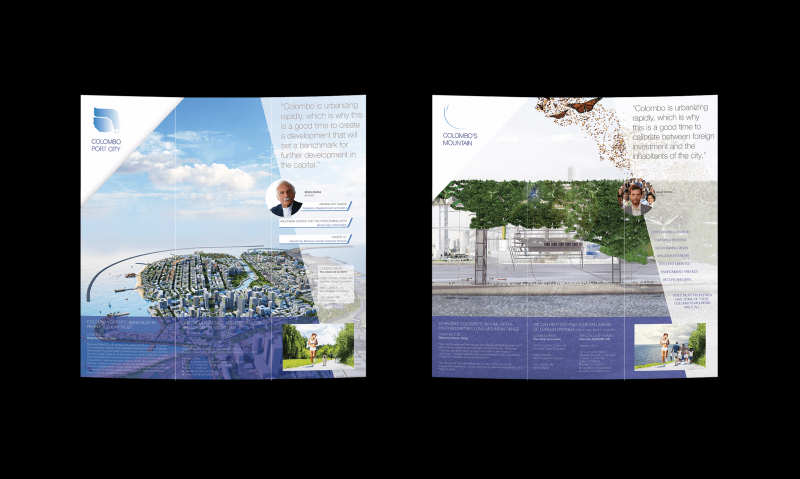 THE POOL-TEMPLE, THE INTERNAL SEA, THE BREAKWATER-STREET AND THE SKY FESTIVAL.

Shared ownership and social friction in the breakwater city. 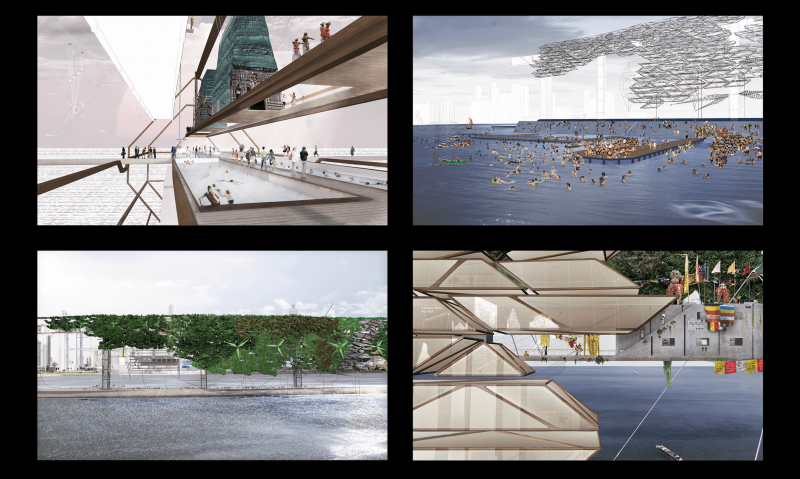 DISTRICT 21 ON THE BREAKWATER

Reclaiming the void of the hollow mountain.

The skyline of the breakwater city and Colombo merge to one. Ports are built along the strip and make a slow connection with the city.

THE CITY FACING THE CITY

The vacation home of the foreign investor and the home of the local family standing above the internal sea where Colombo Port City was once planned.